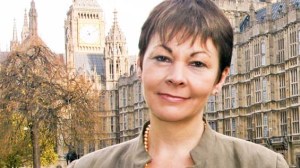 The care bill receives its second reading in the Commons next Monday. It’s an important bill that aims to bring up to date the legal framework underpinning the care system. While it needs improvement, it’s a real opportunity to address our care crisis. It is therefore disappointing that the government is using it as a vehicle to change the law after Jeremy Hunt‘s embarrassing legal failure over cuts to A&E and maternity services at Lewisham hospital. Instead of admitting defeat, ministers passed a Lords amendment to the care bill – now clause 118. It’s an attempt to sneak through a fundamental shift in the way decisions are made about hospital closures, giving new powers to special administrators to make changes to services without the inconvenience of the kind of local scrutiny and democracy that saved Lewisham. Strong cross-party opposition to this clause is building in parliament. My early day motion exposes and opposes this stealthy attempt to change the law to allow the closure of successful services that communities want and need. I hope MPs will sign it before clause 118 comes to the Commons.

That this House notes that the Secretary of State for Health has suffered another embarrassing legal defeat after the Court of Appeal judges ruled he had acted illegally in deciding to cut accident and emergency and maternity services at Lewisham Hospital; has concerns about Government amendment 168a to the Care Bill designed to change the rules to give the power to any hospital administrator appointed in England to dismantle hospital services arbitrarily, as long as a neighbouring hospital is deemed to be failing; believes that this attempt to sneak through a fundamental change to the way decisions are made about local hospitals makes a mockery of local scrutiny and democracy; and calls on the Government to accept that it has lost and to stop trying to change the law to enable it to close successful hospital services that the community wants and needs.