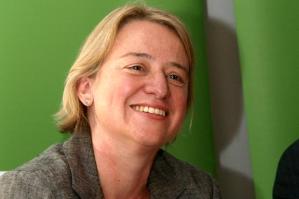 Lose weight, exercise more, write that Great British Novel – we know where resolutions like these usually go, but there’s one resolution for 2014 that would be easy to keep.

The resolution comes in two parts: 1. Vote 2. Vote for the policies/party/person you most support, believe in or respect. With the internet these days it isn’t hard.

Even if you don’t pay much attention to political reporting, the night before the poll you can get on the internet, check out the candidates’ or parties websites and make your choice.

In some ways, this might seem to be going against the trend – certainly the long-term trend of voting rates. But given the state of our politics, it is time to change the trend.

If we look back to 2013, there’s no doubt – it made most of the round-ups – that the suggestion by Russell Brand not to vote got a lot of attention.

What got less attention was the killer argument against that – that it has already been tried, and failed.

In 2012 the turnout in the Police and Crime Commissioner (PCC) elections was 15.1 per cent, meaning 84.9 per cent of voters tried Brand’s approach. In one area of Newport, they applied it perfectly, with one polling station recording a zero turnout.

So what happened? The Commissioners took office, made decisions that affect the lives and liberty of most of us, and spent large amounts of extra money (just look at those in office in Essex, Plymouth and Cambridgeshire).

And quite likely in four years’ time we’ll be going around again, seeing if we can set a new low in rates of voting for the new PCCs.

So that’s a tactic that doesn’t work.

Now yes, I admit, that there’s self-interest in my call for voters to base their vote on policies or people, not trying to stop other candidates. The popular Vote for Policies website (based on the 2010 general election manifestos), based on 348, 596 ‘votes’ so far, puts the Green Party ahead with 24.47 per cent of the vote.

And it was also interesting that when YouGov asked voters before Christmas how they thought Santa would vote – and let’s face it everyone likes and respects Santa – 23 per cent said Green Party, putting us second behind Labour.

But it is also in everybody’s interests – in the interests of the future of Britain – to change the way we vote as a way of changing politics: there’s deep-rooted anger and frustration with politics and politicians now, understandably, and we have to find a way to turn that around.

Luckily, there’s an easy place to start in 2014 – with the European elections in May, which are proportional representation elections, which does mean there’s a far better chance than usual that your vote will count.

Indeed, the results show that already many people do adjust their votes accordingly, but it’s time to step further forward, to make a resolution: I’m going to vote for the person or party I most want to win.

And if there’s really no one you can vote for the ballot, well rather than staying home, make that clear by writing your thoughts on your ballot paper – in rude words if you like. Then you won’t get counted in the ‘happy enough with how things are that they couldn’t be bothered to vote’ camp.

So why not make voting with your beliefs a resolution for 2014 and 2015? It might take a total hour of your time over two years, and doesn’t require early morning runs or passing on the chocolate.

Original article published in the Independent