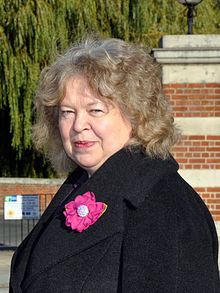 Members of the European Parliament have called on all Bangladeshi leaders to agree on a solution to the post-election political impasse after opposition leaders were arbitrarily arrested following a general election there earlier this month.

The election, which was held on January 5th but was boycotted by the main opposition parties and marred by violence which has seen more than 300 killed since the beginning of last year, including 18 on election day, saw a record low turnout and has resulted in victory for Prime Minister Sheikh Hasina and the Awami League.

Since the election, opposition leader Khaleda Zia has had her movement restricted, and other prominent BNP members have been arrested or have gone into hiding fearing reprisals.

London’s Green MEP Jean Lambert, who chairs the European Parliament’s Delegation to South Asia and was one of the motion’s proposers, said:

“This election, and the run-up to it, has seen some of worst political turmoil in Bangladesh’s history.

We deeply regret the violence on all sides, and the boycott and strikes called by the opposition so that not all political choices were available to the Bangladeshi people in the election.

“The shocking violence of election day itself, including the arson attacks on polling stations, a number of which were schools, and the attacks on minorities were worrying.

“We urge all political leaders to search for a solution in the best interests of all Bangladeshis, and to look at number of options, including holding early elections if all legitimate parties are willing to offer the electorate a full choice.”

The violence of the last months has affected the livelihood of many Bangladeshis and business leaders are concerned about the effects of ongoing instability.

She added: “This is paralysing Bangladesh’s fragile economy, and making daily life impossible for millions, and we strongly condemn all the violence on all sides – and send the EU’s condolences to all affected.”

“The Government must release all arbitrarily-arrested opposition political leaders, thoroughly investigate all political violence, committed by all sides, bringing the perpetrators to justice, ensure maximum restraint by the police and protection for minority communities.

“Equally, we must see an end to the hartals and street conflict and move to political discussion.

“I am delighted that my fellow MEPs have backed this position, which I’ll be formally raising on behalf of the European Parliament’s delegation to Bangladesh at the earliest opportunity.”