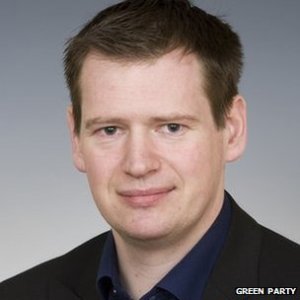 Peter Cranie, the North West Green Party’s lead European election candidate, has condemned the government’s lobbying at the EU which has halted the introduction of new fracking regulations and the adoption of a new, robust climate change target.

The UK government lobbied the EU, defeating its attempt to introduce binding regulations on fracking. Instead the European Commission yesterday announced a set of recommendations for governments to maintain environmental standards while shale gas drilling is carried out. (1) The UK government also argued for no new binding renewable energy target for the UK.

Peter Cranie said: “This government, which brands itself ‘the greenest ever’ has this week lobbied the EU to get rid of safeguards for fracking as well as failing to create any new renewable energy targets. This makes it a double disaster for all those who care about the future of our environment.”

The European Commission had promised to introduce legislation on shale gas exploration, but has now backtracked in the face of concerted government lobbying. National governments will be in charge on the controversial practice, with the EU proposing a set of recommendations and not ruling out the possibility of introducing legislation in the future.

The EU Commission also confirmed yesterday that there will be no mandatory renewable energy target in 2030 to follow on from the legally binding 2020 target. The Commission set targets of a 40% emissions reduction and a 27% renewables target for 2030. However, as these are non-binding, this makes them unenforceable on individual states. (2)

Peter continued: “Britain is already one of the few countries in Europe currently failing dismally to achieve its 2020 target. The share of energy we generate from renewables is among the lowest across the EU, with only two or three countries doing worse.(3) Now the coalition government has effectively attacked green energy by getting a non-binding 2030 renewable energy target.”

He concluded: “Behaviour like this shows that the coalition, which promoted itself as ‘the greenest government ever’, is nothing more than a wolf in sheep’s clothing. People deserve tough protection from the risks associated with extreme energy, such as fracking, and effective action on getting climate change under control. Yet again, we’ve been deeply let down. What we need is investment in energy efficiency and in green, clean renewables. This would cut energy bills and help tackle climate change.”