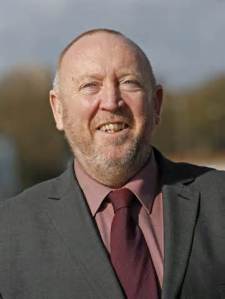 Government flooding response ‘utterly inadequate’ says MEP
Keith Taylor, the Green Party MEP for South East England, labelled the Government’s response to the flooding as ‘inadequate’ and called for the Environment Secretary, Owen Paterson, to be sacked by David Cameron.
He said:
“My heart goes out to the victims of these floods in my constituency and I sincerely hope they are getting all the assistance they need in these very difficult times.
The Government’s planning for this flooding, and their response since it began, has been utterly inadequate. We have known for a long time that climate change will cause more events like this, yet we were utterly underprepared for these devastating floods.
Though individual weather events can’t be explicitly linked to climate change the evidence suggests that we can expect more of this kind of extreme weather in the future.
If the Government is serious about tackling flooding in the future than they must both work to develop flood defences and, crucially, do everything in their power to cut our addiction to climate changing fossil fuels.
The fact is that the Government’s Environment Secretary, Owen Paterson, has cut funding on measures aimed at protecting Britain from global warming and he repeatedly fails to take climate change seriously.
In the short term the Government can do two things to help the fight against flooding. Firstly they should reverse cuts to the Environment Agency and secondly they should sack Owen Paterson, an Environment Secretary who just isn’t up to the job of protecting our environment.”
Mr Taylor call for Owen Paterson be sacked comes after he was accused by environmental groups of ‘incompetency’ after slashing spending on measures to help Britain cope with global warming.